The plankton shown on the TV monitor is Noro (Leptodora kindtii), a kind of water flea. It looks like a tiny shrimp, which has single compound eye. 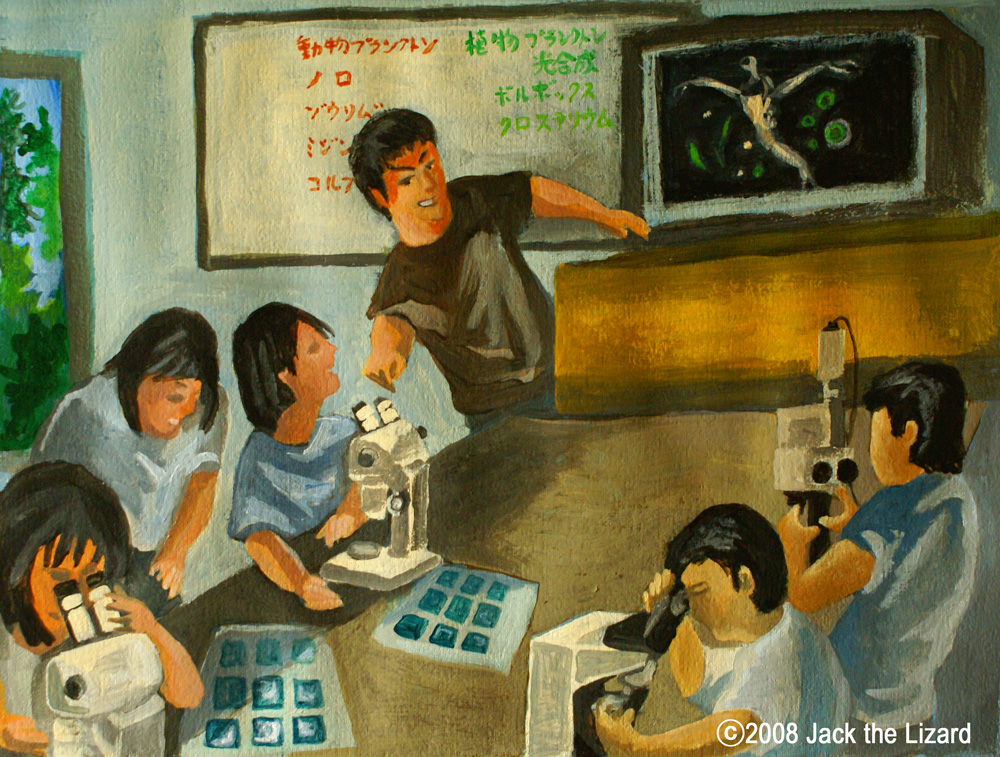 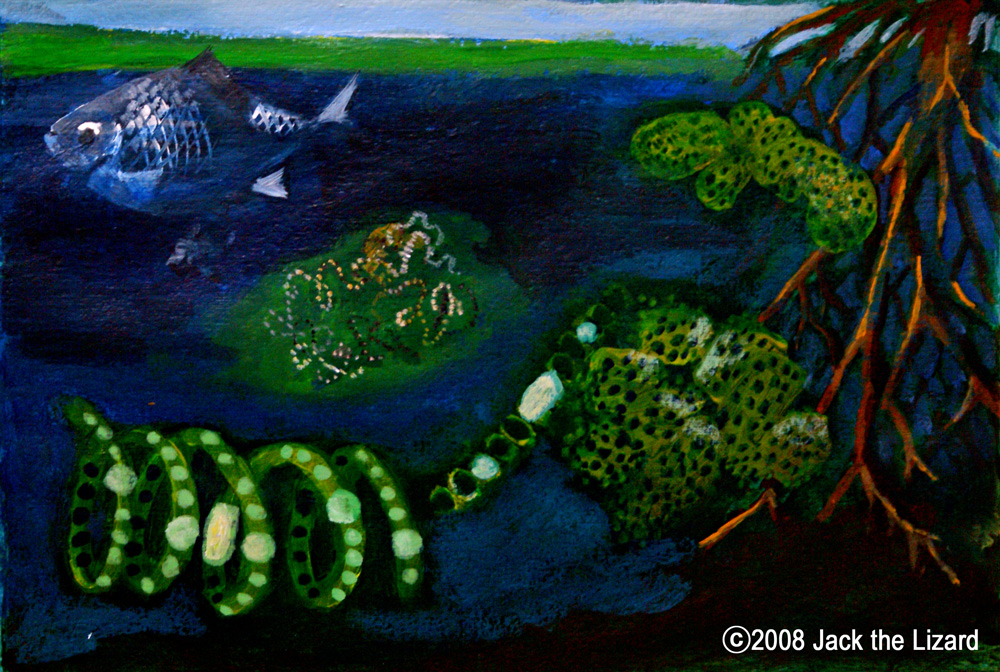 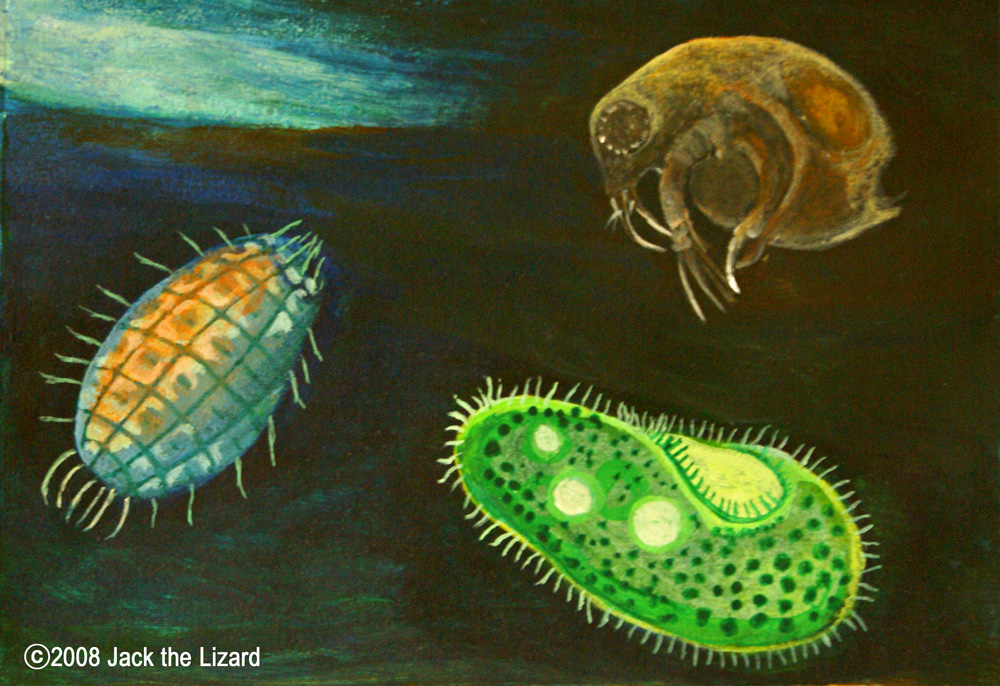 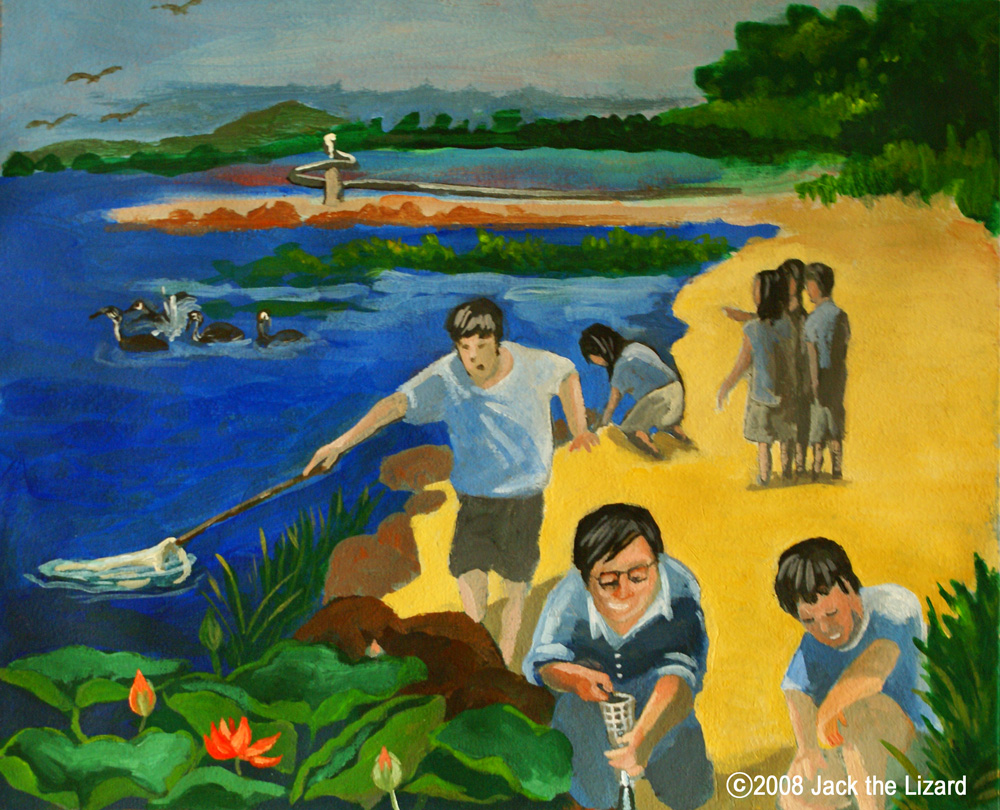 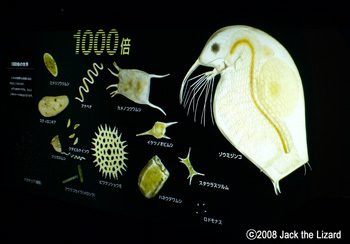